ENG.: Perks of Being Bilingual

I was born in Brazil, therefore my first language was Portuguese (no, in Brazil we do not speak Spanish!) but, when I was three years old my mom noticed something that would change my life: she saw me saying a few words and phrases from the movie “Sleeping Beauty” in English. So here is the question, are there any differences between monolinguals and bilinguals?

Researching about the theme I stumbled across something found out in 2003, by the University York of Toronto’s psychologist Ellen Bialystok, in Canada. She did a survey where kids had to identify which sentence was gramatically correct. Monolingual and bilingual kids could see the error in phrases such as “apples grows in trees”, but the differences appeared when they analyzed meaningless sentences, like “apples grow in noses”. Monolinguals couldn’t get over the ridiculous sense of the phrase, thus didn’t find any mistakes, while bilinguals found the right answer. Bialystok says that bilingual’s brains have a better development in their “executive system”, mental abilities that provide the capability of blocking irrelevant information. This advantage is responsible for making them focus on the grammar and ignoring the lack of sense of the words. This also helps going from one activity to another without getting confused. Paula Rubio-Fernández and Sam Glucksberd, both psychologists from Princeton University in the US, found out that bilingual individuals are more capable of putting themselves in other people’s shoes easily, since they can block information they know and focus on another point of view.

The reason why bilingual brains are so focused is what Northwestern University’s psychologist Viorica Marian researched in the US. Using eye movement monitors to register the focus of the volunteers, both Russian and English speakers, she put different objects in front of them and asked, in English: “take the pen”. The question was completely understood by them, but “pen” has a similar sound to “stamp” in Russian, leading them to look at the wrong object (stamp) before choosing the right object (pen). She concluded that both languages are always competing for your brain’s attention, but when bilinguals talk, write or listen to the radio, their brains are busy trying to choose the right word and blocking the same word from other languages.

Another perk of being bilingual is the fact that the brain resists the aging effects for longer. Bialystok collected data from 184 people diagnosed with dementia, half of them bilinguals. The results published in 2007 showed that the symptoms emerged four years later for bilinguals. In 2010, the survey happened again but instead of dementia, 200 people with Alzheimer’s. The results were the same, symptoms rose to prominence five years later for bilinguals.

Learning a new language isn’t easy, requires time and a lot of will power, but seeing how many positive things can come of it, surely makes us forget about difficult times. If you, like me in this exact moment, are learning a new language here is my message: don’t give up now! It will be worth it one day.

31 comments on “ENG.: Perks of Being Bilingual” 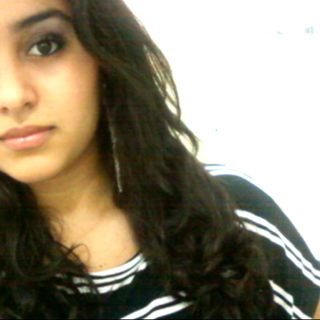